Understand, CenterPoint will NOT repair gas lines within your home or business. But, that doesn’t mean you should ever neglect calling them in a gas emergency. If you suspect gas leaks in your home please follow their safety protocol. Once the property is deemed safe, then call Rub-A-Dub Plumbing to make the required repairs. Our team of gas line experts is guaranteed to have the training and experience you can rely on for quality service.

If you take preventative measures or gas leaks are fixed or deemed safe, our team of professional gas leaks specialists is standing by to help you with your problems related to gas meters, gas piping.

Gas leaks can be insidious, dangerous, and sometimes lethal. There is no time to waste when your family’s safety is at stake. East Texas homeowners rely on Rub-A-Dub.

Gas leaks are not only extremely dangerous, they can provide risk for fires and explosions. In many cases, they can also be toxic if inhaled. If you notice the smell of rotten eggs in one or more rooms of your home, quickly remove everyone from your home and move a safe distance away from your property. Carbon dioxide, unfortunately, is deadly and odorless.

If you suspect that your home or business has a GAS LEAK, take these immediate steps to detect a gas leak: 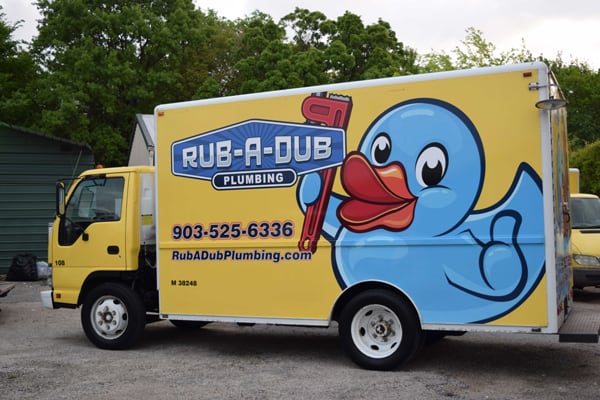 LOOK for signs of a possible leak

*Some persons may not be able to smell the odor because they have a diminished sense of smell, olfactory fatigue (normal, temporary inability to distinguish an odor after prolonged exposure to it) or because the odor is being masked or hidden by other odors that are present in the area, such as cooking smells or damp, musty, or chemical odors.

In addition, under certain rare circumstances, odor fade (the loss of odorant so that it is not readily detectable by smell) can occur.  Odor fade is caused by physical and chemical processes.  Other factors that may cause odor fade include: construction and configuration of the customer’s gas facilities; presence of rust, moisture, liquids, or other substances in the pipe; gas composition, pressure, and flow; intermittent, little, or no gas flow over an extended period that normally lasts until the gas flow increases or becomes more frequent; new pipe installations; steel and larger pipes; and certain types of dry soil.

For more detailed information on odorant fade, refer to the  Safety Bulletin for contractors who work on natural gas piping, appliances, and equipment and customers.

FOR ALL YOUR PLUMBING NEEDS!

OR Fill Out the Form Below!

At Rub-A-Dub Plumbing, we’ve got our DUCKS in a ROW.

CLEAN PLUMBERS
MAKE FOR SOME

Before a Rub-A-Dub plumber comes into YOUR home…the shoe covers go on. And when we’re done, we leave your home looking better than we found it!

Our Upfront Pricing means once we figure out what’s wrong, we’ll write up an estimate. You sign off on the price before any work starts. And when we’re finished, the price is the same!

More like a Warehouse On Wheels, each Rub-A-Dub truck is fully stocked, organized, and ready for anything! That means no extra trips while we’re on the job for you!

If your last plumber smelled like a goat, you’ll appreciate the Squeaky Clean difference of Rub-A-Dub plumbers!

Plain language, no double-talk, no bait and switch! Parts are warrantied, All work is guaranteed – in writing!